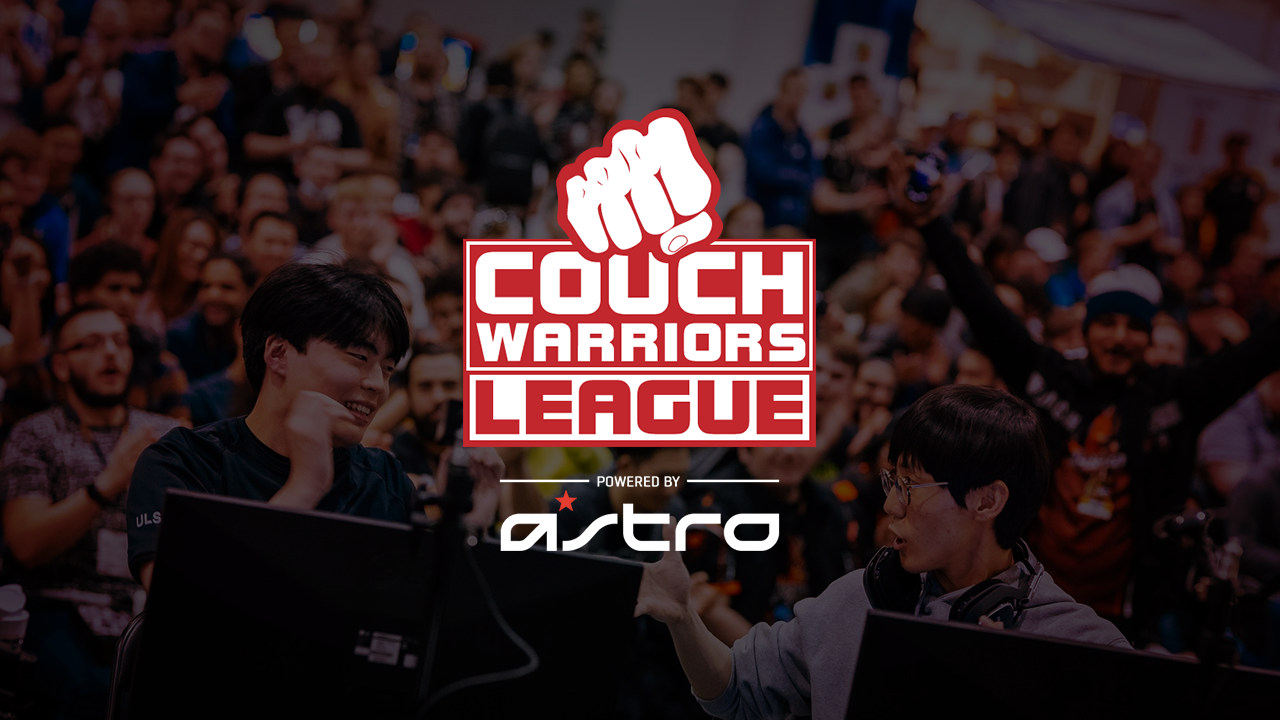 MEDIA RELEASE: ASTRO Gaming today announced it will be pulling on the gloves and supporting the Australian Fighting Game Community as it becomes the presenting partner of CouchWarriors League and BAM (Battle Arena Melbourne) for 2021-22. As the exclusive partner for headsets, CouchWarriors League will be equipped with ASTRO headsets for events, player prizes and commentators to call the action in top fighting game titles including Street Fighter V, Tekken 7 and Super Smash Bros Ultimate.

CouchWarriors League is the premier esports league for fighting game fans in Australia, with live events across the country in Melbourne, Sydney, Brisbane and Adelaide, along with online tournaments broadcast to thousands of monthly viewers. The CouchWarriors series of events has been an anchor for the fighting game community (FGC) for nearly 15 years. It welcomes grassroots play from casual matches to major tournaments. Australia’s largest major FGC event, BAM, returns in May 2022, presented by ASTRO. BAM has been the home of amazing moments on the FGC world stage, featuring international talent as stops for world tours including Capcom Pro Tour and Tekken World Tour.

Most of all, it is a must attend for fighting game fans nationwide both for connecting with the community, and competing in the national championships. Over 1,000 unique competitors joined the fray in 2019. “We are incredibly excited at ASTRO Gaming as a major supporter of fighting game esports globally, having sponsored major events including EVO World Championships, CEO and Combo Breaker. BAM is the equivalent major event on the Australian calendar having hosted thousands of competitors and world tours. As part of CouchWarriors League, we look forward to being part of the year-round hype and energy of the fighting game scene” Said Daniel Hall, Senior Category Portfolio Manager, Logitech G and ASTRO Gaming Australia.

“The passion and vibrancy of the fighting game scene calls for an equally passionate partner for the CouchWarriors League and we’re thrilled to have ASTRO on board, supporting the players and tournament organisers in the scene. We’re excited for what the partnership will bring to all our events from local live tournaments nationwide, to our regular online tournaments and major events like BAM. The pedigree and dedication to fighting games by ASTRO worldwide is unmatched” Added Daniel Chlebowczyk, Director of Events Engine, the partnership manager for CouchWarriors League.

The next event will be BANC – Battle Arena NightClub in Melbourne on July 11. https://smash.gg/banc

Join the battle at CouchWarriorsLeague.com.au

The post ASTRO STEPS INTO THE RING AS THE PRESENTING PARTNER OF COUCHWARRIORS LEAGUE AND BAM first appeared on CouchWarriors.