Follow the ANZ players at EVO this weekend! Schedule in AEST, BAM Path To EVO

Follow the ANZ players at EVO this weekend! Schedule in AEST, BAM Path To EVO

The biggest fighting game tournament in the world is this weekend! EVO 2019 in Las Vegas will draw players from across the globe, including players from Australia and New Zealand. Read on to follow who will be going and the event schedule.

Proudly sponsored by CouchWarriors’ BAM Path To EVO program, three players achieved ANZ champion status at BAM11 this year. As a result their flights and accommodation is taken care of and they have arrived to make their mark at EVO! 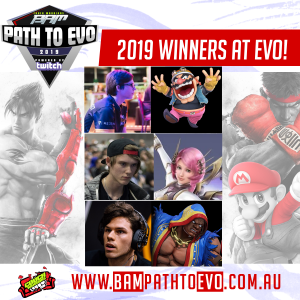 Wowzer in Tekken is a young player from NZ who in his first major tournament, fought his way through the ANZ special knockout event to win.

Travis is a top SFV player but couldn’t attend the eastern states events to earn points. He claimed his spot as the top player in the main BAM tournament itself and won through.

There are many more great ANZ players at EVO so keep an eye on the CouchWarriors and FGC twitter accounts, we’ll be sharing their posts as we see them!

The official EVO schedule image has been updated by our own Dragon Ball FighterZ and Samurai Shodown TO, Aura, for your viewing convenience! 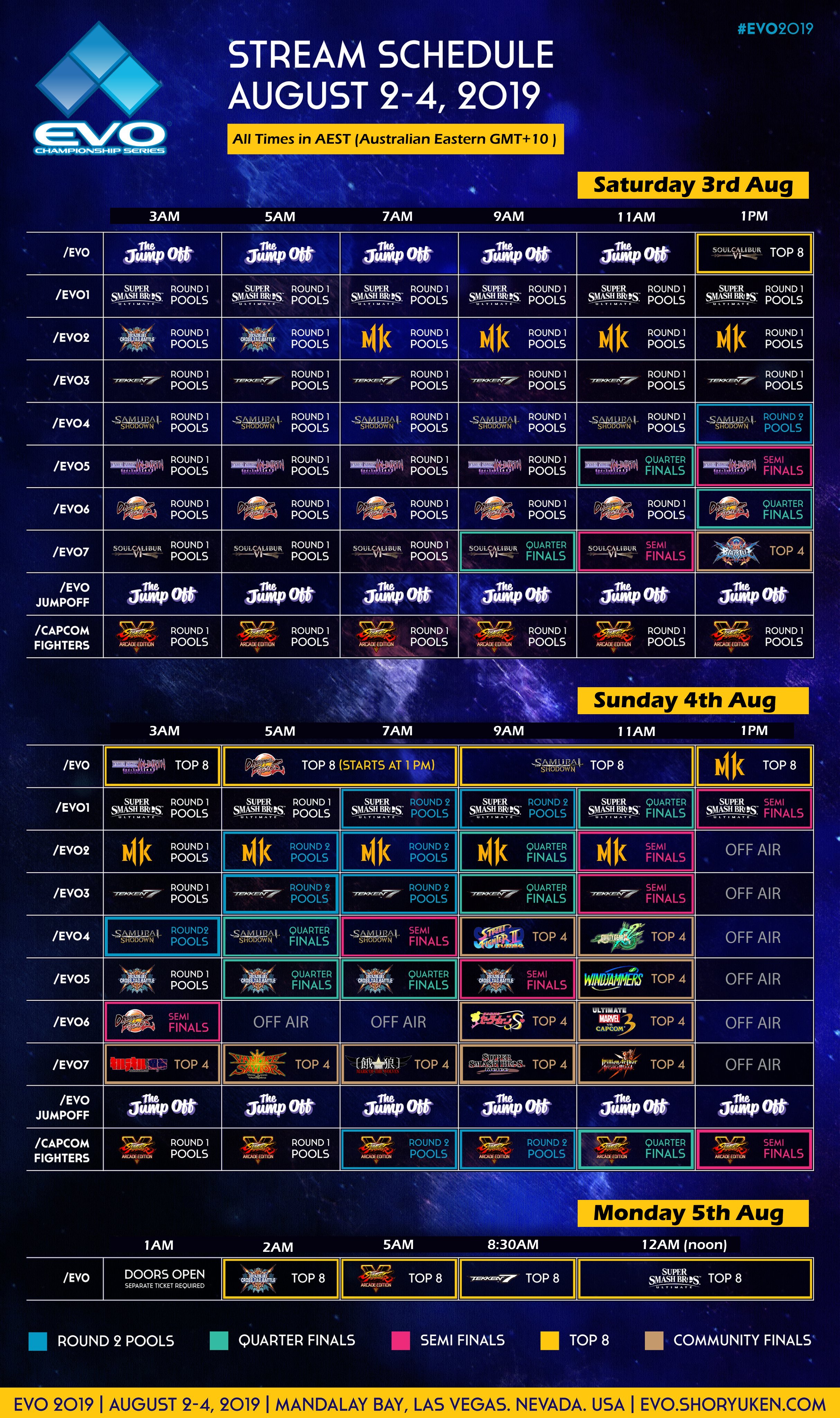