Around this time every year, EA likes to remind us that it does things differently to the rest of the industry; just look at last year’s Los Angeles-London show and the developer-centric show from years before. This time around, EA continued to defy expectation with its EA Play event, and like last year it was a combination of promising and punishing.

Where EA has previously been very friendly with influencers and content creators, this year saw EA entirely embracing them. Not only did CEO Andrew Wilson’s opening speech give plenty of lip service to the greater community, content creators were a major theme of the event. This was an event where a DICE LA producer uttered the words “Creative Cave” without irony as he talked about upcoming updates to Battlefield 1.

This went both ways. Having podcasters like Men in Blazers talking FIFA 18 came across well, with plenty of charisma and entertainment. This wasn’t the case with PrankVsPrank’s Jesse Wellens. His introduction for Need for Speed Payback made for E3 2017’s first moment of pure cringe. I’m still not sure what was worse: Jesse Wellens or EA boasting about bringing in players for Star Wars Battlefront II playtesting and dubbing them the Game Changers. 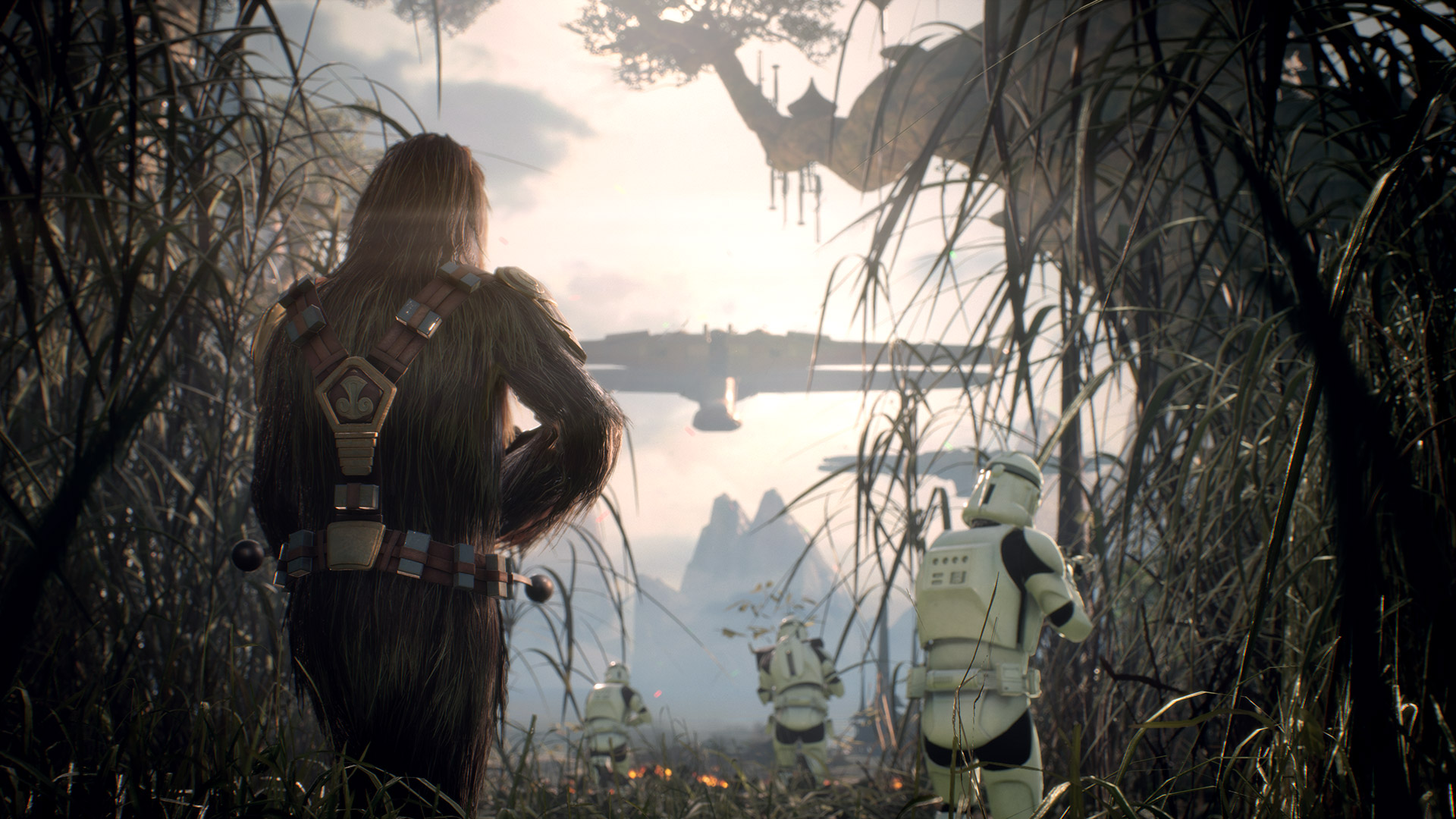 Speaking of, Star Wars Battlefront II saw the bulk of EA’s press conference. It was one of the few bright spots of the event, heightened by the presence of actor Janina Gavankar (The League, Far Cry 4), who plays Commander Iden Versio in the single player campaign.

Gavankar’s charismatic performance and passion for games (if her Twitter account is any indication) was on show as she announced Battlefront II’s approach to DLC. The game will feature themed seasonal content, with heroes, maps and modes added for free. The first season was confirmed to focus around The Last Jedi, with actor John Boyega making a surprise appearance to confirm Finn and Captain Phasma will be in Battlefront II.

Passion was what drove Josef Fares, creator of Brothers: A Tale of Two Sons, to establish Hazelight, a studio dedicated to telling stories whilst also pushing the boundaries of gameplay. After being teased at The Game Awards back in 2014, Fares formally announced A Way Out, the second title published under the EA Originals label. The first EA Original, Fe, didn’t receive any updates this year.

A Way Out is a co-op game featuring two prisoners, Leo and Vincent, aiming to escape captivity, re-enter the world and follow up on some loose ends. Fares intends for players to experience this game in person, though online play was confirmed. As far as the co-op goes, both characters will have different perspectives and objectives; one scenario saw Vincent prisoner playing distration whilst Leo stole a laundry cart.

Unlike last year, the EA Originals game wasn’t the only new game to debut at EA’s press conference. EA Vice President Patrick Söderlund took the stage to talk about EA’s future. He first announced the Search For Extraordinary Experiences Division, or SEED, a forward thinking team at EA looking at concepts like machine learning or AI to enhance its games. Then out of nowhere, Söderlund surprised everyone with a teaser for Bioware’s newest IP,  Anthem. With more set to be a part of Microsoft’s press conference, it looks unlike anything Bioware has done to date.

EA’s roster of sporting titles is getting a major single-player push. Following in the footsteps of last year’s FIFA, Madden 18 will feature a story mode called “The Longshot”. FIFA 18 will continue the story of Alex Hunter in “The Journey: Hunter Returns”. NBA Live 18 will feature The One, a career mode where you define your legacy across street basketball, pro-am and eventually the NBA.

After its reveal a few weeks ago, Need for Speed: Payback saw its first gameplay footage, with executive producer Marcus Nilsson describing it as an action driving fantasy. We saw a set piece involving a dramatic truck chase that concluded with the players cornered by the police. While the game looked fine enough, it’s hard to watch the crashes and takedowns without thinking of a certain scrapped EA racing franchise…

EA kicked off E3 2017 with a more daring presentation than last year. Anthem and A Way Out look set to be fascinating games to watch, and the doubling down on single player modes in its sports games is an interesting approach. My one suggestion for next year would be to feature less influencers and lessen their prominence. If it means more interesting announcements, then it would be an acceptable sacrifice.