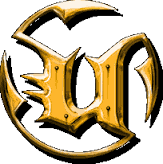 In quite the surprising move, Epic have announced that they’re not adhering to a standard development model for the game. In fact, they’re openly embracing the community aspect the series is known for by attempting to make a “open source” first person shooter. The idea is that the team at Epic have started work on the game today, and that everything the development team does will be open to the public – code and content will be available to Unreal Engine 4 developers on Github. This is in addition to making discussions public and publicly streaming on Twitch.

The end goal is to release a Free to Play shooter, wherein modders and content creators will be able to either sell or give away their work – with proceeds split between Epic and the content creators (similar to Valve’s experiments with Counter-Strike: Global Offensive). Don’t expect the game anytime soon though – the development team is small, and they’ve effectively started from scratch.