The end of a console generation usually means annualised sports games get put into a holding pattern: The graphics are touched up, the physics get tweaked, the stats get adjusted, nothing more. It’s rare for a new mode to be introduced or for major quality of life improvements to be made. Even so, F1 2020 goes above and beyond in these regards. 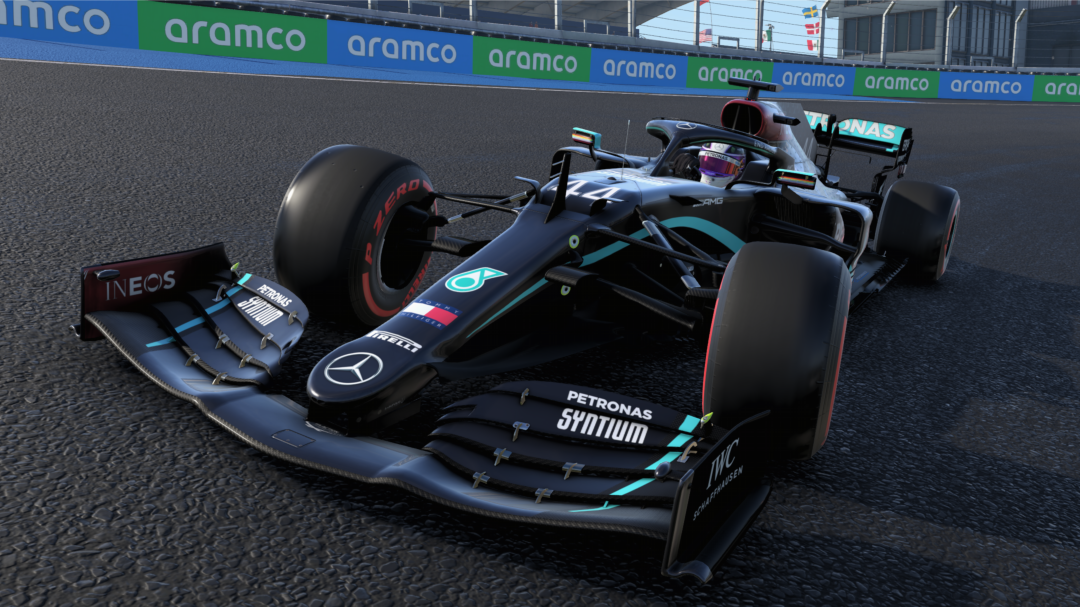 The marquee feature added to F1 2020 is the My Team mode. Instead of transplanting yourself into one of the existing teams, as was the case with previous games, My Team has you create an 11th team to compete with the rest of the field and serve as its owner/driver. You can customise your team name, livery, power unit supplier and second driver, which pulls from the current F2 roster as well as F1’s. From there you’ll make your way up the ranks, improving your car and developing your team’s facilities, until you’re competing with Mercedes for the top podium spot.

It’s curious how small decisions like naming your team, designing its livery (though you’re stuck with the game’s prefabs which range from bland to broken kaleidoscope), and deciding whether to prioritise raw power or cornering finesse raises the stakes of each race. You’re more emotionally bound to your team’s successes and, yes, its failures.You’re no longer a mere passenger in your team’s narrative — you’re the one driving it.

However, don’t expect your narrative to be much different from mine’s or anyone else’s. The car you start with is a midfield contender through and through: It lacks the power and grip of the leading cars and the poor durability will mean that you will regularly have to replace parts and suffer the grid-place penalties. Granted, the rags to riches story is one that still holds up, but it does fall short of the endless possibilities that bubble as you’re designing your team logo.

Aside from My Team, F1 2020 features what was supposed to be the 2020 Formula One World Championship before Covid-19 completely upended everything. What we have here is the original 22-round calendar, including two new tracks which were supposed to debut this season (as well as a digital crowd of people showing a flagrant disregard for social distancing). Hanoi is a street circuit with two ridiculously long straights in the middle of slow corners and complex esses. Circuit Zandvoort, meanwhile, is a historic track highlighted by two banked corners and a sea of Dutch fans decked out in their finest orange. 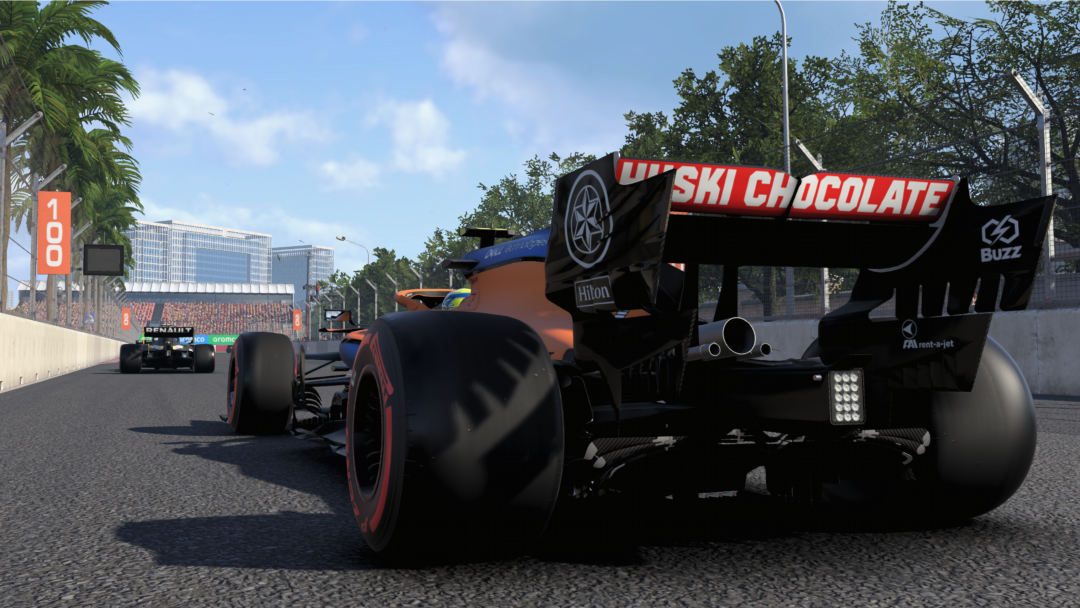 Sadly, neither of these new circuits are particularly impressive to race on: Hanoi really only has one effective racing line, particularly around the esses, and Zandvoort’s narrow track means that overtaking opportunities are too limited. Further, Codemasters has confirmed that none of the classic tracks from the updated 2020 season will be added in the future; you’ll have to dig up a copy of the old F1 games if you want to race on Nürburgring.

We have seen five rounds of the 2020 season, one where Mercedes is in a league of its own and Ferrari is trapped in the midfield. However, as of writing none of this is reflected in the game, and there are no indications that driver ratings will be updated; which works out well for forlorn Tefosi wanting to see Sebastian Vettel take a chequered flag, but for everyone else it does somewhat break the immersion. To Codemasters’ credit, the game does include some of the teams’ updated liveries, including Mercedes’ striking black design.

Aside from this, there are the usual improvements to physics and driving. The cars themselves have more effective braking and cornering grip compared to last year. The biggest change is to the ERS system: Instead of switching your ERS deployment rate manually between 1 and 5, this is now done automatically, with the only manual intervention coming in the form of an ‘Overtake’ button if you really want to get ahead of your rivals. This is more accurate to the real-life ERS system, and represents a lot less fiddling about in menus when you should be focussing on outracing your fellow drivers.

In addition, F1 2020 also brings back split-screen racing, and introduces a new ‘casual’ handling mode, which adds steering assists and a ‘return to track’ button, and makes off-track surfaces easier to drive on. This is a much-needed addition, since online multiplayer continues to be a glorified bumper car simulator. It also introduces one of the more non-essential season passes out there, offering garish cosmetics and very little else other than another menu pop up to button through. 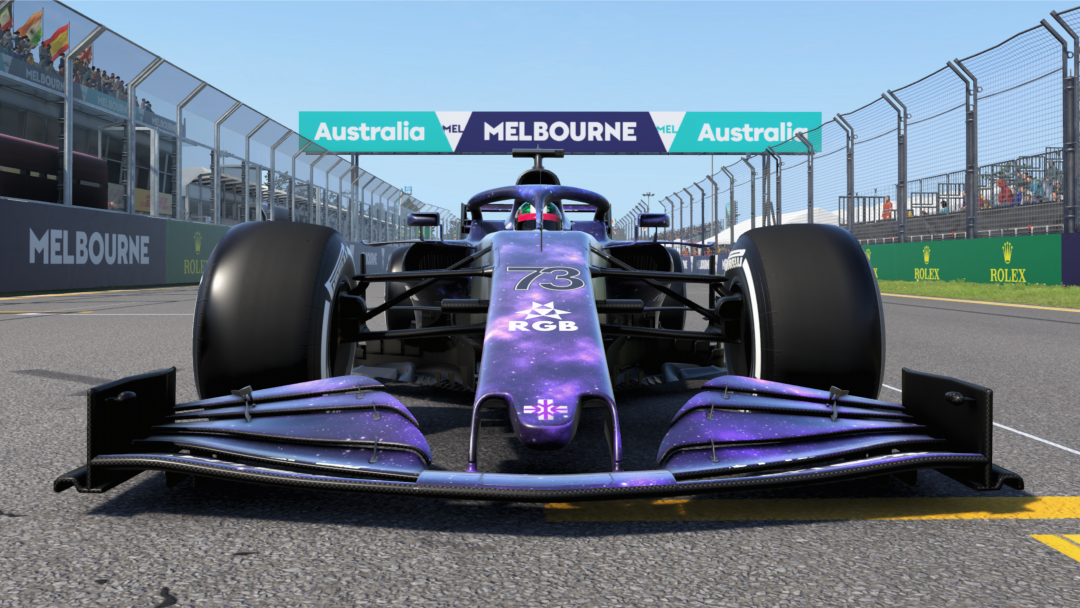 F1 2020 could have followed other sports games and coasted to the end of this console generation. Instead, it has brought an engaging new mode with My Team, as well as myriad quality of life improvements and accessibility options to deliver a great racing experience for both veteran drivers and casual F1 fans. Real world events may have disrupted real-world racing, but at least we have this game as a more than worthy time capsule.