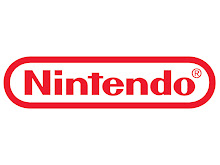 The man most credited with making Nintendo the juggernaut that it is today, Hiroshi Yamamuchi, has passed away today, due to complications with pnuemonia, Nikkei reports. He was 85 years old.

Yamamuchi joined Nintendo in 1949, becoming its third president (following his father). Up until he stepped down in May 2002, he oversaw the company’s transition from a traditional card game manufacture, to a leading and pioneering publisher, developer and hardware manufacturer of electronic games. Following that, he remained at Nintendo until 2005, retiring for good with an estimated $2.5 Billion USD net worth – making him the 12th richest man in Japan.

We here at New Game Plus offer our condolences to his family.