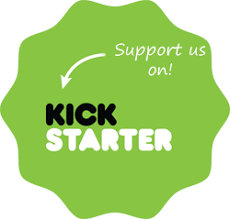 For a crowdfunding service that is locked out to Australians (unless you somehow have access to a US or UK social security number), Kickstarter is amazingly popular down here. Both in terms of the amount of Australians taking part in funding projects, as well as the slowly increasing amount of projects originating from Australia (such as GameLoading, Sneaky Bastards and Satellite Reign). Perhaps as a response to all this, or an attempt to break into a new market, the folks at Kickstarter have announced that soon, Australians and New Zealanders will be able to be able to use a local version of Kickstarter to help fund their projects.

Unfortunately, that’s as much as we actually know about the endeavor – at the moment, there’s no set date, aside from “soon”, but Kickstarter have put up a page allowing people who want to put up a project to express their early interest. If that’s not enough, representatives from the US will be heading down to Australia in early September to hold “Kickstarter Schools”, giving tips and an ear for people to run their ideas by. If you’re interested, get in quick – both sessions are already on “Wait list” tickets.

All in all, it’s a great move for the local industry. Kickstarter is arguably the most popular of the crowdfunding services out there, and any exposure on that is great for the local scene. After all, there’s no more hoops to jump through! Cannot wait to see what projects this initiative brings.