2019 has been a hell of a year, capping off a stellar decade for gaming. To give you an idea as to how big this year was, we had two tied entries when compiling our list of 2019’s best games! With a new decade and generation on the horizon, here’s our list of the Top 5 Games of 2019, and some great last-minute Christmas gifts or Boxing Day ideas! 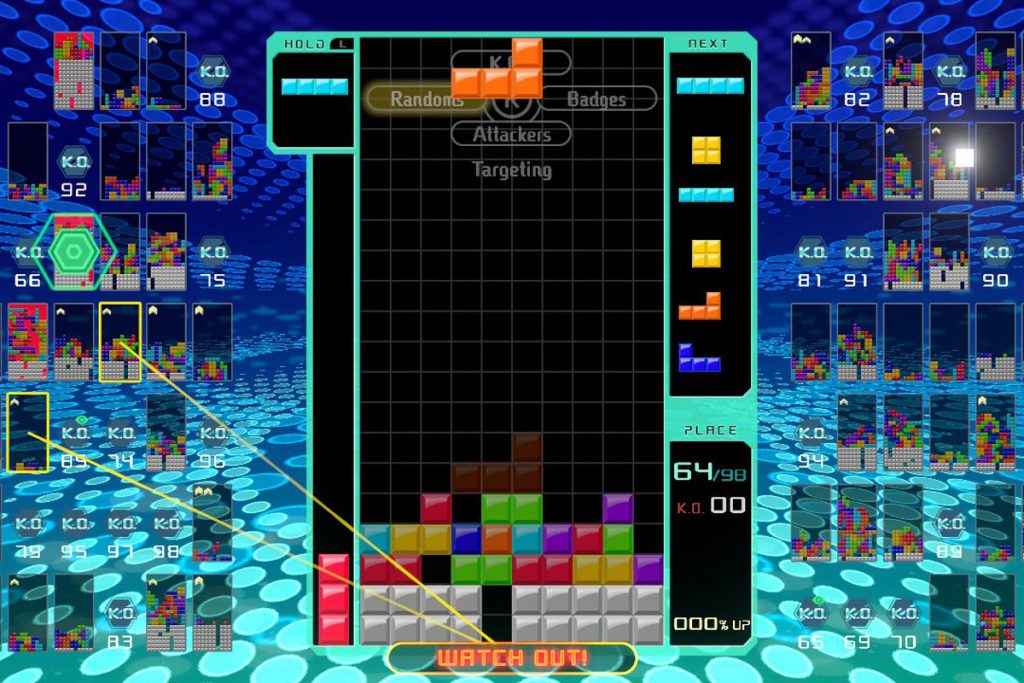 Tetris 99 was a game that came out of nowhere. It was announced and released shortly after a bumper Nintendo Direct back in February (which announced another of our GOTY finalists), and proved to be popular amongst our team. Tetris 99 takes the eternally popular game and provides a new spin on it – turning it into a Battle Royale game!

Battling against 98 other players made for some intense puzzle action, enough that the best advice one can give is to avoid certain times of day if you want to stand a chance.

Throw in some fantastic post-release support, and you’ve got one of the most compelling (and exclusive) multiplayer games out there.

Available on PS4 / Xbox One / PC (via Epic Games Store)

Sometimes you don’t need to reinvent the wheel to make a great game. It’s by far the best way to describe The Outer Worlds, the latest game from Obsidian Entertainment. The Outer Worlds takes place in a far off future where the corporations have taken over, and you’re thrust into this world and need to make sense of it all.

There’s heavy choices, wonderfully well-written NPCs (Parvati!) and some shockingly good gunplay. It makes for a game that feels familiar, but not too familiar.  It comes together well and makes for a comfortable experience, and one that’s a perfect fit for Xbox Game Pass.

It’s not to be confused with The Outer Wilds, which despite sharing similar names, is a very different and very good game.

4. THE LEGEND OF ZELDA: LINK’S AWAKENING 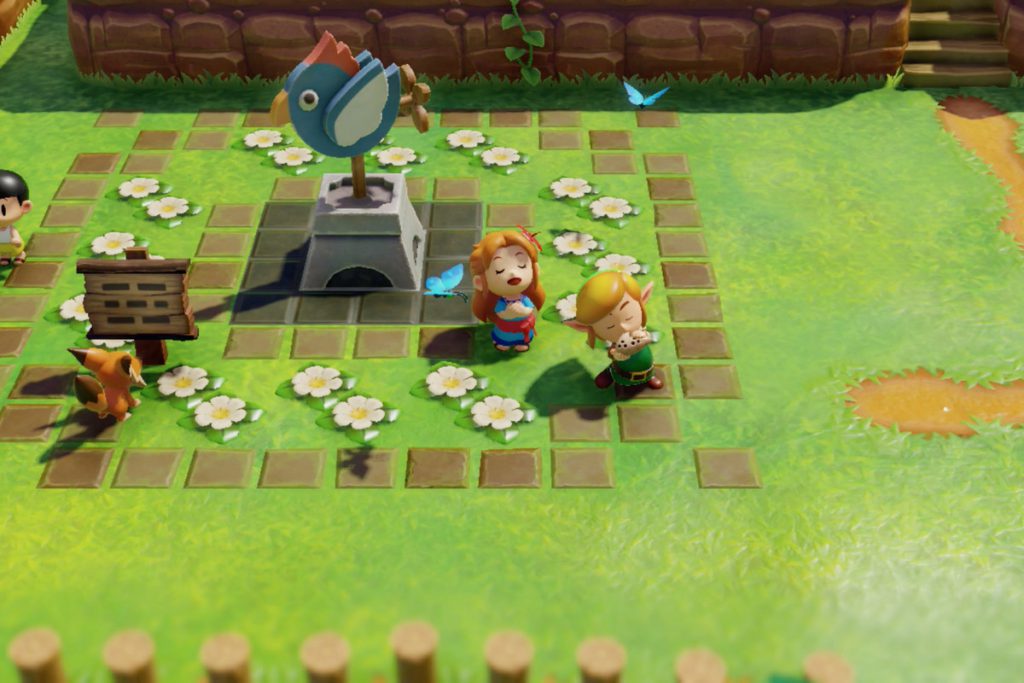 Link’s Awakening was mindblowing back in 1993. Not only did it bring Zelda to handhelds for the first time, but it was an incredibly weird and unsettling game, taking inspiration from David Lynch & Mark Frost’s Twin Peaks. Link’s Awakening isn’t quite as mindblowing in 2019, but the weird and unsettling tone still remains one of the most fascinating ever seen in a Zelda game. Announced as part of that bumper Nintendo Direct from February, Links Awakening is a remake that seeks more to improve on the base game than add to it.

And yet it doesn’t add that much; by far the biggest addition comes with the Switch hardware, as the game uses all its buttons to remove most of the hassle from inventory management. It’s a testament to how strong the game design is that it doesn’t need to change or add too much to still be a great game some twenty years later.

Much like with The Outer Worlds, Link’s Awakening doesn’t reinvent the wheel, and the remake doesn’t change all that much, but it refines what was already a good game and presents arguably the best version of it. 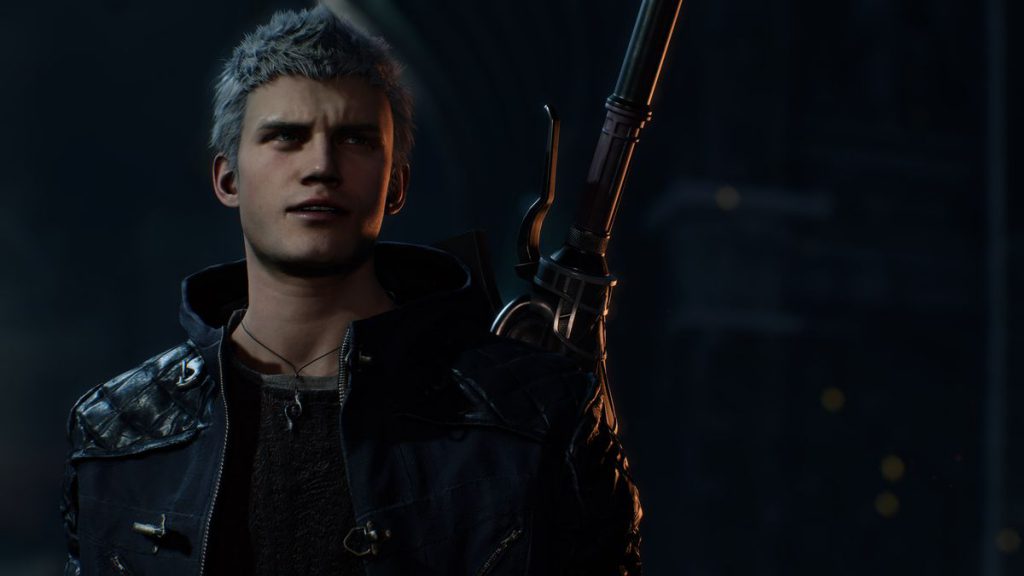 It’s been a very exciting time to be a fan of Capcom again. 2017’s Resident Evil 7 divorced the series from all its lore bloat and reinvented itself marvelously. 2018’s Monster Hunter World took one of the most indecipherable and challenging games and made it palatable. 2019 was by far the biggest year of this refreshed Capcom, with three major releases.

Devil May Cry 5 was only the second of these, and it’s by far one of the best games in the series. Each of the three playable characters (Dante, Nero & V) play differently, but allow for enough freedom to explore a heap combat and style options, aided by a new training mode allowing you to get a feel for the character and their combos.

It also comes with one of the best bits of DLC in a game this year – the ability to replace the stellar in-game cutscenes with the live-action versions used as pre-visuzaliation footage for the animation team. They’re incredible, and worth purchasing the deluxe edition for.

Resident Evil 2’s remake turning out as good as it did is a testament as to where Capcom is at the moment. It was announced way back in 2015, when Resident Evil was at its worst. Four years later, Capcom is one of the most exciting publishers and developers in the world, and the remake of Resident Evil 2 kicked off the year in terrifying fashion. Unlike Links Awakening, the RE2 remake seeks to take the spirit of the original and make it more palatable in 2019, with better and clearer mapping, the removal of some enemy types and a striking visual aesthetic.

This, in turn, works with the terrifying atmosphere and the genuinely terrifying zombies, where encounters are much tenser than ever. You can purchase the original soundtrack to the game as DLC, and it works unbelievably well with the new aesthetic.

It’s also a game that’s given birth to some incredible memes. Mr. X, the Tyrant that stalks you throughout the Racoon City Police Department, is terrifying in his own right. With the right mods, those encounters become nothing short of hilarious. It’s the game that keeps on giving, and with a Resident Evil 3 remake on the horizon, it’s going to be great to see what Capcom does next.

Available on PS4 / Xbox One / PC (via Epic Games Store)

Quantum Break was a game that a lot of people wanted to love but near-universally didn’t. The mechanics took right up to the end of the game to really click, the characters and story weren’t that compelling, and the TV show segments that bookended each chapter felt superfluous.  Remedy Entertainment’s follow up, Control, couldn’t be any more different and it’s better for it.

Gone is the linear structure, the game now has a bigger emphasis on backtracking and exploration. The mechanics take much quicker to click with you, and the characters and story work much better. The brutalist aesthetic also deserves mention for creating a striking and unique look to a game that already has a strong atmosphere.

Couple that Remedy’s worldbuilding and charm (full-motion video is in force!) and you’ve got one hell of a game. With Remedy promising some fascinating DLC in 2020, Control is certainly something we’ll be coming back to throughout the year.

To say that From Software has had a hell of a decade would be an understatement. They’ve gone from a developer of obscure and cult classic games to one of the most important and culturally relevant developers in existence. The studio’s latest work, Sekiro: Shadows Die Twice, is yet another refinement of their style of difficult, yet rewarding style of game.

Unlike their previous works, Sekiro drops the stamina bar and RPG mechanics and instead focuses on tighter and truly faster combat mechanics. It feels unbelievable to pull off a successful fight, thanks to an intricate block/parry system that’s incredibly satisfying. To say Sekiro would be closer to something like a Ninja Gaiden or a fighting game because of how technical its combat gets would be a fair comparison.

Congratulations to Sekiro: Shadows Die Twice, as it joins games like God of War (2018), The Walking Dead: Season 1 and The Witcher 3: Wild Hunt as our Game of the Year!