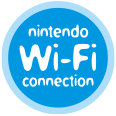 Nintendo have today announced that the Nintendo Wi-Fi Connection service, which powers the online play functionality of the Nintendo DS, DSi and Wii, will be discontinued on May 20th, 2014.

The news comes via Nintendo themselves, who had announced during an investors meeting on the 26th of Janurary, 2012, that they plan to shut down the service and roll it into Nintendo Network. While it doesn’t completely shut out all internet functionality from the aforementioned Nintendo systems (services and applications like YouTube, Nintendo DS/DSi Browser/eShop, Wii Internet Channel), the 220 games that support Nintendo Wi-Fi Connection (broken up into 100 Wii titles, 25 WiiWare Titles, 93 DS titles and 2 DSiWare Titles) will no longer have online functionality.

The service was originally launched in November 2005 on the Nintendo DS, with Mario Kart DS and Tony Hawk’s American Sk8teland being the first titles to support the service. The Wii service was launched 2006/2007, with the earliest games supporting it being Pokemon Battle Revolution and Mario Strikers Charged.