OPINION: The Best Time To Get Into Nioh 2 Is Now

OPINION: The Best Time To Get Into Nioh 2 Is Now

As we’ve experienced a blockbuster half year on account of video gaming, its not unusual for a few refined titles to fly under the radar. One in particular that I absolutely adore is Nioh 2; the follow up to one of 2017’s best games. While it is an action adventure game at heart, it primarily embraces many elements of the increasingly popular Masocore genre. For fans of games like Ninja Gaiden, Onimusha and the universally lauded Dark Souls, you’ll be expecting steep difficulty curves and light RPG-style stat management to complement the reflex and pattern-intensive flow of combat.

While the base content of Nioh 2 launched March of this year, Developer Team Ninja have announced their first DLC pack to release July 30th along with a free patch sporting additional end-game missions to tide players over until then. With this, there’s understandably a lot of players both new and experienced populating the Nioh 2 servers; making a great case for those curious to explore the Yokai infested battlefields of feudal Japan. This influx of concurrent users shines the light on two main mechanics integral in getting new players acclimated to how Nioh plays in the form of both Bloody and Benevolent Graves. Bloody Graves work exactly the same as they do in the first game; by summoning a spirit where real-world players fall in combat, the player will be presented an opportunity to fight them with the exact loot and weapon loadout they had equipped when they died. Once defeated, the spirit will drop a piece of their loot to help players who may find themselves under-powered.

Additionally, Benevolent Graves are a new feature specific to Nioh 2 and are left voluntarily by other players, These graves allow struggling samurai to summon an additional NPC for assistance in either dealing damage in a boss battle or to just draw attention away from the main player when they’re outnumbered. If you prefer co-operation that’s a tad more straightforward, you can also invite players into an online session wholesale by offering items known as Ochoko Cups at Shrines peppered throughout each level. 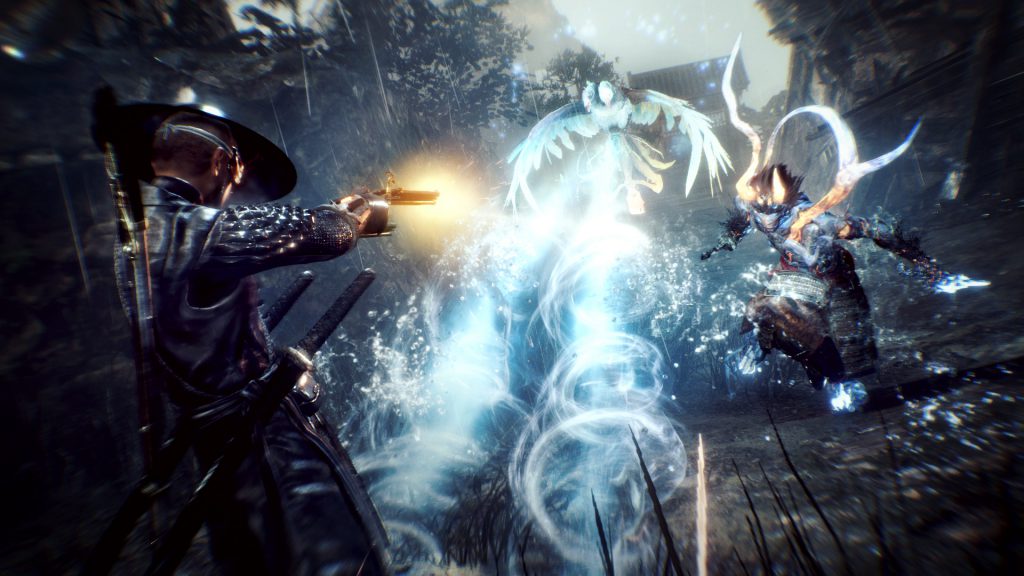 As mentioned earlier, Masocore is a genre that’s notoriously difficult to get invested in at first, but pays in dividends later on as you explore the many different builds and ways to complete the game. The crowning feather in Nioh 2‘s cap is that for every difficulty spike, there’s an equal amount of features that embrace the concept of ushering in new fans, with this attitude shining through to the many veteran players online willing to help a hand. While conquering the many malevolent monsters before you can be liberating as you face them on your own, taking it to the beasts as a team is just as valid of an approach.

The post OPINION: The Best Time To Get Into Nioh 2 Is Now first appeared on New Game Plus Blog.