Reach for the Skyrim: A Recap of Bethesda’s E3 2017 Showcase

Reach for the Skyrim: A Recap of Bethesda’s E3 2017 Showcase

Opening the theme-park decorated “Bethesdaland” press briefing, Global VP of PR and Marketing Pete Hinds walked out on stage and promised a showcase that would be “an experience at E3 unlike anything else.” What followed was a 40 minute trailer supercut in essence that put Bethesda’s upcoming projects front and centre, highlighting how bizarre and unique (for better or worse) these games and initiatives have the potential to be. Fortunately, what lacked was a great deal of cringe, and unfortunately, this is likely what was being referred to as “unlike anything else” at E3.

Leading the charge was Bethesda’s foray into virtual reality. Doom VFR looks to play much the same as 2016’s Doom on the HTC Vive and Playstation VR but is set to include “new characters with totally unique tools and abilities.” Fallout 4 VR brings the entirety of the Wasteland and “VR-engaged V.A.T.S” to HTC Vive. While Hinds said everything announced here will be released later this year, these VR titles are among the few with nebulous “Coming Soon” release date listed on Bethesda’s site.

Then began the pulling of skeletons out of the closet. To even bring the showcase to 40 minutes, Hinds earlier went on a spiel about games well out in the open, like Dishonored 2, Skyrim: Special Edition and Prey. Following the VR announcements though, it happened again with an E3 trailer for MMO expansion, The Elder Scrolls Online: Morrowind.

Morrowind was released just short of a week ago, so it was unusual to see a released expansion standing front and centre for as long as trailers for upcoming titles. What followed though was equally puzzling. 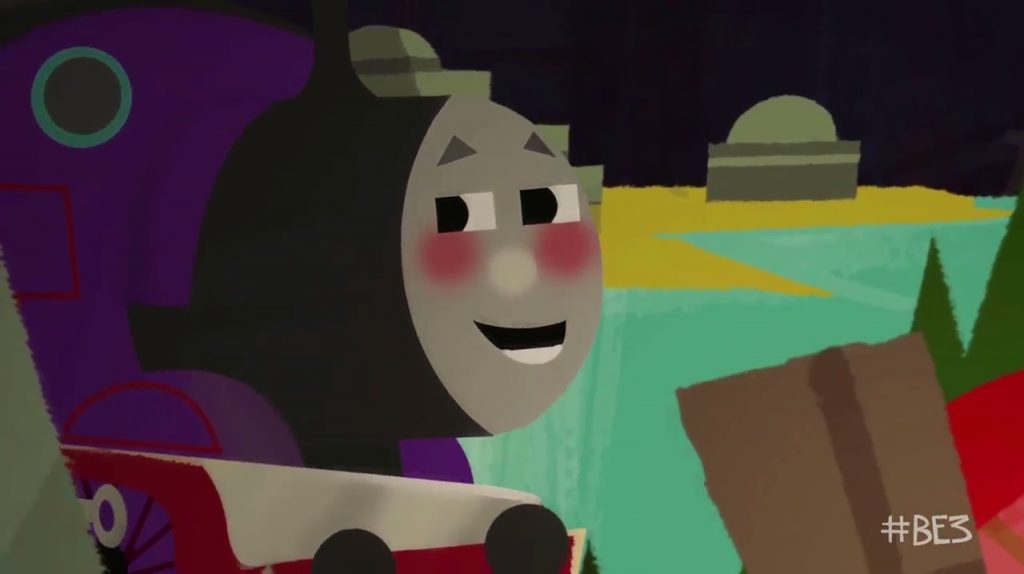 Quietly hoping everyone had forgotten about the Steam and Skyrim paid mods fiasco, Bethesda outlined a system that sounded not too dissimilar to what was originally implemented in 2015. At the time, Valve representatives said that “stepping into an established, years old modding community in Skyrim was probably not the right place to start iterating.” Much of the original controversy focused on how little modders were being remunerated, and so here, Bethesda went out of its way to shift the focus away from the community and toward content.

This initiative, named the Creation Club, is set to arrive for Skyrim: Special Edition and Fallout 4 across PC, Playstation 4 and Xbox One by the end of Q3. Content for Creation Club will come from “Bethesda Game Studios and outside developers, including the very best community creators.” Despite playing up the benefits of the program, the wider audience doesn’t seem quite as on board — who would’ve guessed?

And if that wasn’t enough Skyrim, the Heroes of Skyrim expansion for The Elder Scrolls: Legends was announced. Truthfully, I missed most of the specifics since I was in the middle of a Hearthstone match at the time, but at least I caught that the CCG will soon be available for Android users. Featuring over 150 new cards, Heroes of Skyrim packs will be available on 29 June.

The Skyrim for Switch trailer was the first part of the conference that started to feel more like an obligation than something worthy of fanfare. Coming with support for Amiibos and motion control, we still don’t have a set release date. One odd point was that the gameplay shown was running at 60fps; which if carried over to the final release would be a departure from every other console release of the title. Nothing was confirmed during the conference in this instance, but it stuck out as either fascinating or clumsy on Bethesda’s part.

Quake Champions turned up with a huge focus on the upcoming esports event, the Quake World Championships. Set to make a huge splash at QuakeCon in Dallas Texas, solo and team competitors will fight for a share of a $1 million prize pool. The finals will run from August 24th through 26th, and players can sign up for the closed beta through Bethesda’s site.

The Evil Within 2 was revealed (after a last minute leak) and will have players in the shoes of Sebastian Castellanos, the protagonist of the first game, to save his daughter. The announce trailer was appropriately off-putting and abstract and presented a release date of October 13th for PC, Playstation 4 and Xbox One.

Last, but certainly not least, was Wolfenstein 2: The New Colossus. This reveal trailer was as over the top as they come, but fortunately it looks to be following Wolfenstein: The New Order’s lead. The New Colossus is set to release on October 27th on PC, Playstation 4 and Xbox One.

All in all, it was a pretty lukewarm press conference. Take the mix of games as you will, but there was nothing wildly impressive to excite audiences — which arguably is the point of having these press briefings. Odds are you’ll hear different things from journos at E3 that actually can walk into a Bethesdaland exhibit, but the briefing presented more a sense of obligation than a sense of enthusiasm. Hopefully, Bethesda next year will bring more than a pile of trailers looking to walk away with points for trying.