As far as gaming partnerships go, there were very few that touched what Konami did with the Teenage Mutant Ninja Turtles in the early 90’s. They did a hell of a job translating the franchise into gaming form, creating some of the best licensed games ever made. While Konami and TMNT are in very different spaces at the moment, they’ve teamed up once again for the release of Teenage Mutant Ninja Turtles: The Cowabunga Collection, and there’s good reason you should be excited about it.

The Cowabunga Collection brings together thirteen games Konami released during the original wave of Ninja Turtles popularity from 1989 – 1994. The collection runs the gamut from platformers, belt scrolling brawlers and even fighting games. What’s impressive is that the collection brings together nearly every game from this time, with TMNT: The Manhattan Missions, a 1991 DOS game, being the lone cut.

The games presented here do a good job of rising above the usual fare associated with licensed games at the time, tending to be a bit better than you’d expect. For instance, the Game Boy’s Radical Rescue is a full blown Metroid-like, where you’ll unlock different characters with unique abilities to navigate through its world. The SNES version of Tournament Fighters is better than it has any right to be, with a good mix of characters and some neat ideas and mechanics.

Then there’s the all time classic Turtles in Time, which might be worth the price of admission on its own. The arcade version is still as alive, chaotic and vibrant as it was in 1991. If you can get four people together, it’s still a blast. The SNES port, even with its limited animations and sounds, punches above its weight with more levels and bosses than the game it’s based on. Both are absolutely worth trying, they’re that good. Arguably the best move Konami have done to make this collection really work is employ the services of long time emulation specialists Digital Eclipse. Their recent focus on game preservation and offering complete collections really shines here, as they’ve got a lot to work with and poured a lot of love into making this collection sing. Because of this, it’s lead to them offering up some fantastic features for their packages, and even going to the extent of including multiple versions of the same game, which can lead to some pretty dramatic differences.

The best example of this is in the three versions of Tournament Fighters, which was released for the Super Nintendo, Mega Drive and NES. The Super Nintendo version is what you would expect out of a fighting game released post-Street Fighter II. The Mega Drive version has completely different mechanics and aesthetics, plus a wildly different cast (including a playable April O’Neil!). The NES game, which was the last game Konami released for that console, is even more different, with another set of different mechanics and another changed roster.

Filling out the package are the inclusions of the Japanese versions for nearly every game in the collection. Given almost all these games use English voice lines or don’t have much in the way of text or story, this is definitely a viable way to check these games out, especially considering a few of them rebalance the games to make them easier and fairer if you need the help.

Best of all, the games are mostly free from any issues preventing them from using the original audio. This doesn’t sound like a big deal, but it was something that’s plagued any reissues of the older TMNT games for years. The word “mostly” is used here because while Turtles in Time’s audio is completely intact from its original release, TMNT Arcade wasn’t as lucky, with the theme song replaced by a cover. It’s a minor thing considering the cover used is decent enough, though given how close Digital Eclipse got with everything else, it’s a bit of a disappointment. 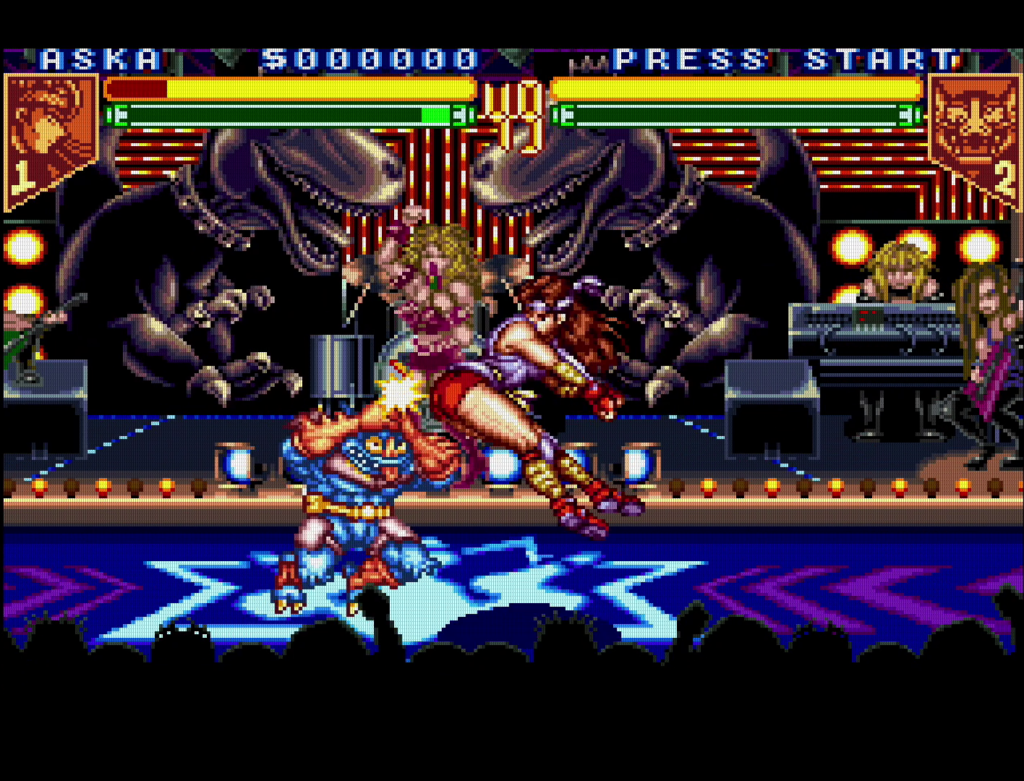 As far as the emulation goes, it continues the high standard Digital Eclipse have set for their other collections, especially when it comes to their feature set. There are the standards like save states, screen filters and border options, but that’s the tip of the iceberg when it comes to the feature set. Of particular note are the abilities to remap the controls on every game from the emulator menu, plus a button to rewind the last 10 seconds of any game.

Then there’s the brilliant feature where you can watch a full playthrough of every game, where at any point you can press a button and jump into the action. It’s such a welcomed feature that it should be a standard across *any* retro compilation.

By far the most fascinating thing about the collection are the inclusion of “Enhancements”, optional modifications for each game to make them more palatable to modern audiences. Some of them include god modes, stage selects or activating cheat codes without the need for button presses or a second controller. Though the more interesting ones improve the quality of life in some pretty great ways.

For instance, old Konami NES games would require you to use the select button to navigate through menus instead of using the D-Pad. Not to mention those NES games had plenty of slowdown or sprite flicker. If any of these things annoy you to wits it or have annoyed you for years, you can change all of them up. It’s much appreciated, and completely optional for those who wish for a more pure experience.

Completing the feature set is the inclusion of an in-game strategy guide you can pull up at any time. Written and stylised like what you’d get from something out of the 90’s, it offers up plenty of useful tips and tricks for each game, with a bit of humour thrown in.

There’s also more specific information for the games that need them. For instance, there’s a full colour map for Radical Rescue that’s also annotated, or complete move lists for the SNES version of Tournament Fighters. It’s incredibly useful, although it can be a bit finicky if you want to zoom in on a specific section of the guide.

Fortunately, this isn’t as big a deal in the game’s extensive gallery. There’s a ludicrous amount of things to look at, something you’ll be stunned at when the menu defaults to a search option. These include things such as advertisements, manuals, design docs, soundtracks, and so much more. It feels incredibly complete, to the point of staggering with how much is actually in there.

Ultimately where this compilation will work for you is how much your tolerance is for the games on offer. Roughly half of the games in the collection are brawlers, which while they’re mostly good, are very much not for everyone, particularly if you’re playing solo. It’s also worth mentioning that these games are rooted in game design tricks from a very different time in gaming, which means there’s more than a few of these games that’ll withhold an ending unless you’re playing on the hardest difficulty. While there are plenty of tools to help if you’re not wanting to slog through a hard difficulty, it can be a bit of a surprise if you’re used to how modern games play.

All in all, Konami & Digital Eclipse have put together a package with a fantastic amount of reverence towards some excellent games. It’s great to have this package be easily the best way to experience these games, let alone actually make them available again. Having all the supplemental material and features complementing the experience makes the package just that much better.

There’s never going to be a package of Turtles games as comprehensive as this again, so even if you’re not the biggest fan of the Turtles or the games, there’s a lot to love here and definitely worth checking out.

This game was reviewed on a Playstation 5 using review code provided by the publisher.