It must be hard being the E3 king. After blowing everyone away in 2015 with Final Fantasy VII Remake and Shenmue 3, Sony has had to maintain this newfound reputation of nonstop bombshell announcements and mic-drop moments. It managed to pull it off last year with Death Stranding, although we could all tell that the well was running dry. This year, it was obvious that Sony is starting to scrape the bottom. 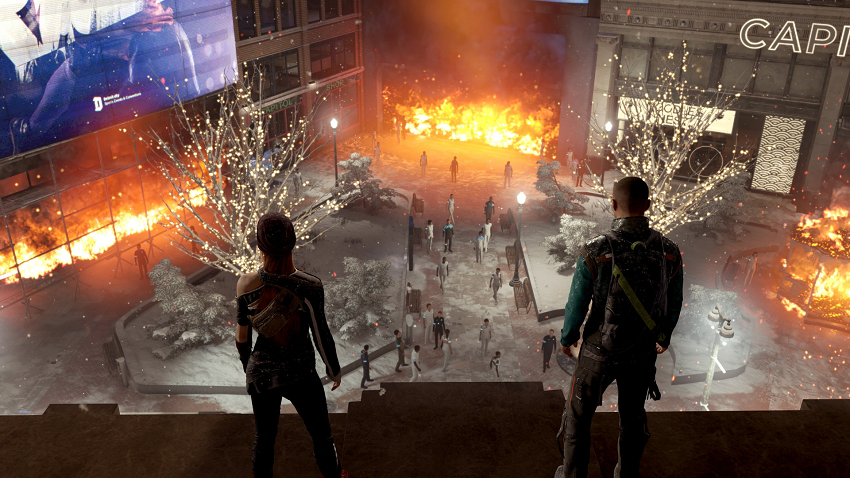 This was apparent with Days Gone, the open-world zombie game announced at last year’s E3. Back then it was humdrum at best and this year’s demo proved no better, highlighting its QTE combat and stealth mechanics that were tired five years ago. Admittedly, the game’s light puzzle solving via zombie horde is unique, but it could amount to being no more than a novelty. SIE Bend will have to a lot of convincing to sway minds come Days Gone’s release.

The biggest surprises came from the conference’s brief acknowledgement of its Eastern audience. After watching a hunter-looking dude sneak through a leafy jungle and track down what ended up being a dinosaur, it was all finally revealed that we were looking at Monster Hunter World. No longer shackled to the Nintendo, this edition of Monster Hunter will feature a much more robust online co-op component, and will be coming to Playstation 4 and Xbox One in early 2018 with a PC version arriving later.

In between these announcements were story trailers for Uncharted 4: The Lost Legacy, an expansion to Horizon: Zero Dawn named The Frozen Wilds (which as the name implies takes place amidst an Ice Age), Destiny 2 (exclusive content for which will be coming to the PS4), and Marvel vs Capcom Infinite, a demo of which is available on the Playstation Store now.

We also got our second look at Call of Duty: WWII. The franchise may be treading the same territory it did over 15 years ago, but it is taking a decidedly modern approach to warfare with its tight-spaced and frantically-paced combat. Last year’s Infinite Warfare showed us that Call of Duty is occasionally capable of hitting more sombre beats, but this trailer doesn’t betray any hints of reverence. We will find out more when it comes out on 3 November.

Playstation VR owners were relieved to see about ten minutes of Sony’s conference dedicated to showing off Skyrim VR, because every conference is now legally required to include the 2011 game, as well as new and upcoming games for the device. These included Star Child (a sci-fi side-scrolling platformer), The Inpatient (which is set 60 years before the events of Until Dawn), and Moss (a whimsical adventure game starring a mouse). Monster of the Deep deserves its own sentence, because it is literally the fishing minigame from Final Fantasy XV broken out into a standalone VR experience!

After impressing everyone last year, God of War once again took to the stage to show more of what it has to offer. It appears to be doubling down on elements hinted at last year, such as the role of Kratos as a father (whilst teasing the possibility of his son being a playable character), the slower over-the-shoulder combat and the Norse mythological hooks. Though if the appearance of Jörmungandr the World Serpent is any indication, God of War will still feature boss battles of titanic proportion. God of War will be released in early 2018.

It would be hard to follow up this act, and Detroit: Become Human certainly tried. Following on from last year’s detective sequence, we were introduced to Markus (played by Jesse Williams from Grey’s Anatomy), a android intent on freeing his fellow robots and causing an uprising. This new trailer reinforced the Quantic Dream focus on high-fidelity graphics and moral choices. No release date has been announced.

To close the show off, Sony debuted the Spider-Man title being developed by Insomniac Games. In this nine minute trailer, we saw Spidey fighting through a construction zone, gathering intel from Wilson Fisk, and slinging his way around New York whilst chasing a helicopter. Insomniac has clearly been taking notes from other recent open-world games; combat appears to be very evocative of the Batman: Arkham series, and watching Spider-Man move around the city recalls memories of Prototype. We’ll see if Spider-Man can make a name for itself when it comes out in 2018.

Thus ended a show that surprised few. Aside from Monster Hunter World, the most memorable moments came from a remaster, a Miles Morales cameo in the Spider-Man trailer and a fishing VR game; everything else this year fell considerably flatter than Sony anticipated; the broad gestures were there but it was all for nothing. Yes, the King of E3 is a false crown at best, but we wouldn’t care so much if Sony still wasn’t clutching onto it with white-knuckled desperation.