When You Order Halo from Wish

When You Order Halo from Wish

Is the age of awful live action videogame adaptations finally over? The recent Pikachu and Sonic movies gave me hope that the Paramount+ Halo TV series might be decent. But hope is for fools. And I was a fool.

Here are four reasons why the Halo TV series is a massive let-down.

WARNING: Spoilers ahead. Do not worry, though, because spoilers will not ruin the terrible experience.

1) This Is Halo But Also Not Halo When It Matters

Halo started with promise but it is getting worse by the episode. If they really wanted to deviate so far from Halo lore they might have gotten away with writing the story around a different Master Chief in a different part of the galaxy. Even then, some writing decisions would still be completely baffling. For example, why the hell would they write their own version of how Cortana was created when the show is already set on Reach? What were they trying to achieve? Was it a commentary about cloning? Obviously not since they did not pursue that concept at all. If there is “flash cloning” then that has massive implications for the Halo universe, and for the clones, yet that idea was totally ignored. Why clone Halsey just to turn her into an AI? Why not make hundreds of her and get them researching new tech? Or why not “flash clone” thousands of Master Chiefs and make an unstoppable army? The end result the writers went for was just silly. They clearly did it because it sounded cool. I am sorry show writers, but you are not that smart. 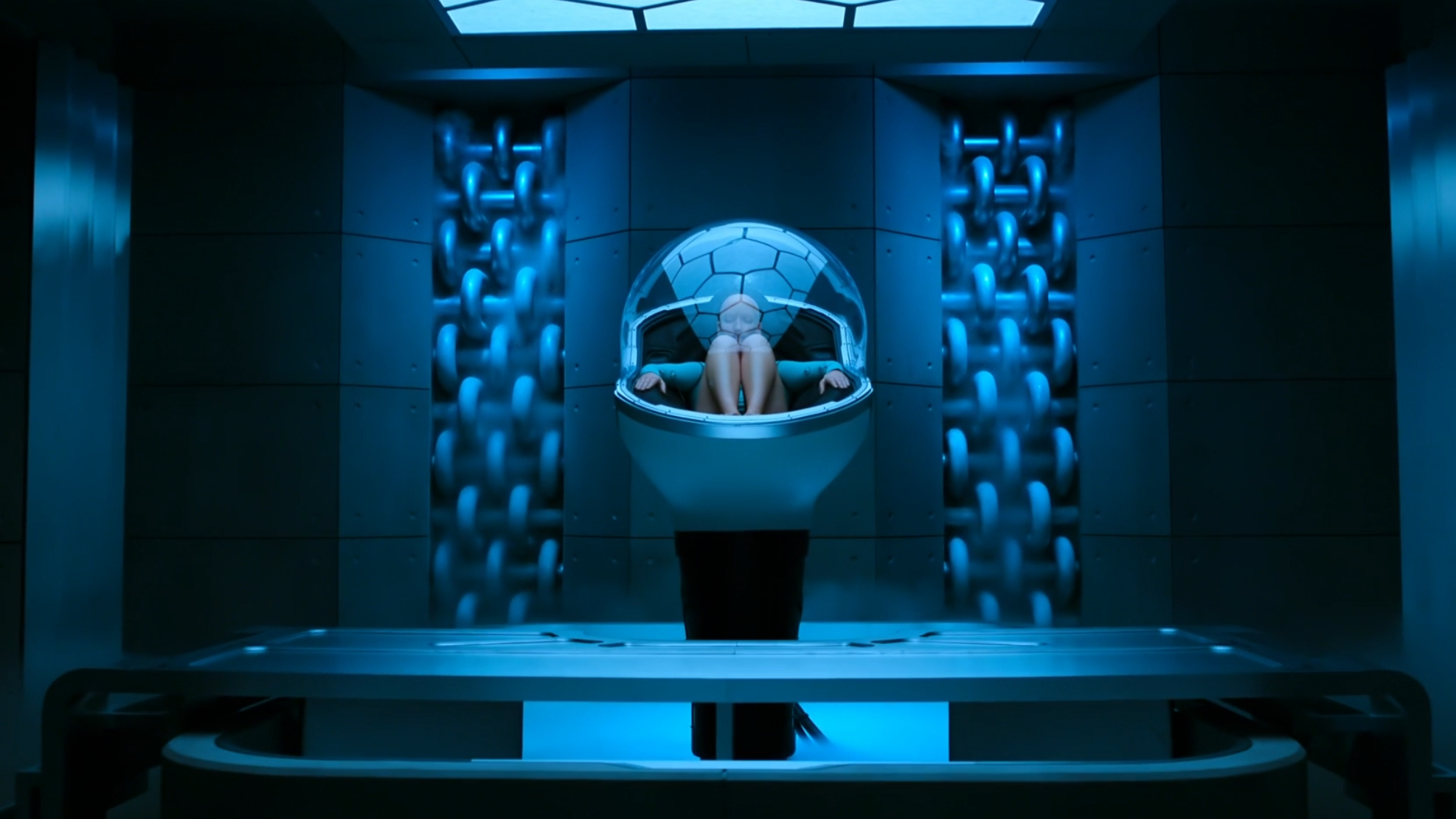 When you order Cortana from Wish you get a “flash cloned”, grown-up version of Halsey.. and then they suck a digitised version of her brain out through her eye and dispose of the body because wtf is even going on in this show?

2) Hey That Sounds Awesome. Let’s Not Do It.

The writing in Halo isn’t just silly, it is riddled with tragic missed opportunities. For example, when the girl on the covenant ship is being “rescued” by the UNSC ship. There is clearly a Hunter on board. Which means there are at least two Hunters on board because they are always in pairs. So what did the writers choose to do when she took over the UNSC ship? They had the worm version of the Hunters kill everybody by wriggling into the ship and strangling everybody. Why not just have Hunters? They never attack as worms in the games. A shootout between the UNSC crew and some Hunters would have been awesome af!! But no we got worms instead. The writers proudly said in interviews that they never played the games because they did not want to be influenced by them. They really should have played the games. Hunters rock.

3) The Future Is A Waste Of Time

I fear we are at the stage where streaming shows have become the equivalent of the indie videogame walking simulator meme. By episode 4 Halo has already fallen into the same trap as other try-hard streaming shows like Foundation or Invasion where we find ourselves watching a bunch of things that are happening rather than a tight, engaging story. Streaming shows burst onto the scene with wonderful experiences like Season 1 of Stranger Things, Umbrella Academy or The Boys. The writers used the extra time available to craft a 5 to 10 hour movie experience which you could not turn away from. Now we’re just filling in time watching the results of never leaving a single idea on the cutting room floor. Everybody is wasting their time.

Let’s get this elephant out of the room – Halo is another in a growing list of sci-fi shows that are clearly made by Star Wars fans for Star Wars fans, and I am really getting sick of it.

In the first few episodes we have…

It is sad that intelligent and thoughtful science fiction is getting harder to find at the same time when so much science fiction content is being made. Unfortunately for every Expanse there will always be 13 Star Wars shows so the lure of a big Disney payday hangs over everybody in the industry. Now I love a Baby Yoda as much as the next middle-aged woman, but go check out Ron Moore’s Battlestar Galactica, Final Space, The Orville or The Expanse if you crave quality science fiction writing. 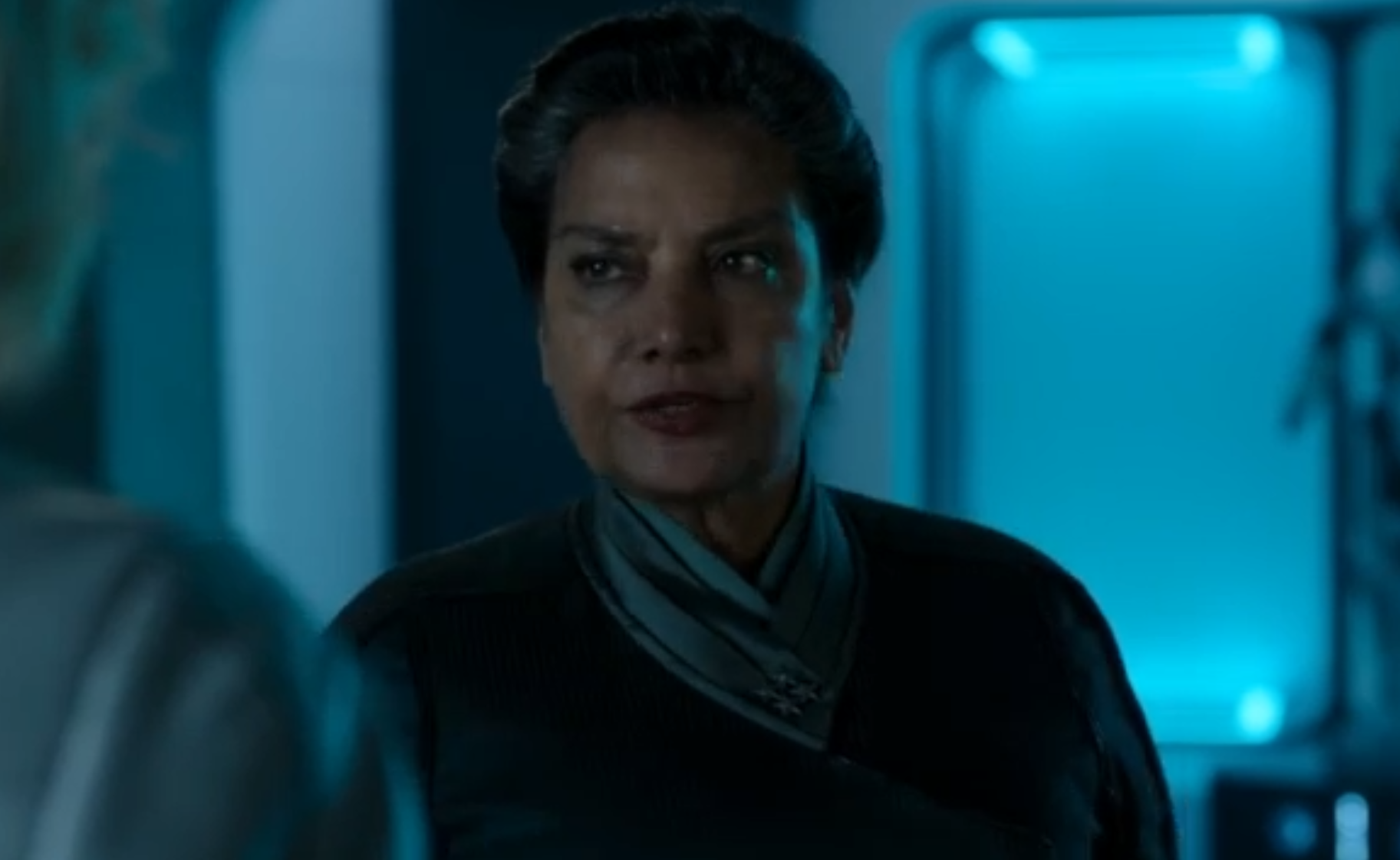 Did somebody order a Chrisjen Avasarala from Wish? Now I feel like watching The Expanse again.

For the best Halo TV show go to YouTube and search for “Halo game all cutscenes“. What you will get there is far superior to the nonsense Paramount+ has produced.

Srs watch this instead.