Why Star Trek Picard Was A Dissapointment [SPOILERS]

Why Star Trek Picard Was A Dissapointment [SPOILERS]

Unfortunately, the Picard series on Amazon Prime ended up being pretty lame. Why was Picard so disappointing? It was about how it ended. Read on and start typing your angry replies now…

Season 1 of Picard was set up very well in the early episodes. I enjoyed seeing some old faces again. The concept was interesting. Then it was all let down by an ending that was so lazy that it ruined the entire experience. You can’t just have a plot device where human consciousness is transferred into a synthetic body and then gloss over the ramifications of it. Especially not in a Star Trek series. This particular sci-fi trope always bothers me because it implies so much that is never further investigated by the shows that do it. I can overlook the transporter or the replicator, or all the other plot-saving stuff science fiction shows regularly do, but this is my line. Transferring or storing human consciousness (or a human mind) is a concept that changes literally everything, everywhere, forever when it becomes possible. It is a big deal.

1) Everybody Will Want Or have To Be Synthetic. Quickly.

Once you can put a human mind into a synthetic body there will be a gold rush as every human in the universe gets a new, immortal physical form (assuming those bodies last forever, but the show clearly stated they can). Then the other plot points in Piccard around bigotry and war between synthetics and organics solve themselves because very quickly every single person would be in a synthetic body. Every biotech company in the galaxy would be pumping out new bodies as fast as they can make them. They may not even be human-like. You may end up with a rogues gallery of purpose built forms along the lines of what is portrayed in the very excellent Alita: Battle Angel. 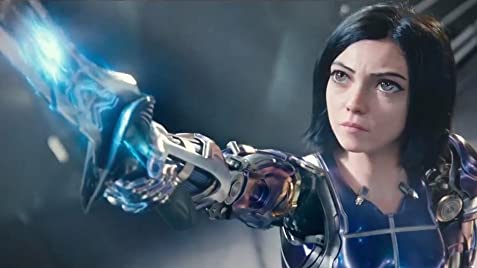 The rush towards synthetic bodies wouldn’t just be for vanity or long life. It would be a necessity. The universe has virtually unlimited resources of the metal and rock types, but as is shown so effectively in The Expanse, air and water will always be very scarce. All spaceship designs have to concern themselves with keeping enough of them so that the crew stays alive. If we release ourselves from those needs then space travel becomes a great deal easier. Synthetic bodies that did not need air or water would allow the design and build of spaceships that no longer need to store, clean or create them. The size of spaceships would shrink dramatically and the associated energy requirements to move them will also shrink. Once that starts, only synthetics will be able to use spaceships and having a synthetic body will become a necessity to travel. For some reason Soji in Picard was designed to be more human by eating and drinking. It is more likely that space travelers will go the other way if they can and remove “human” needs that are holding them back. 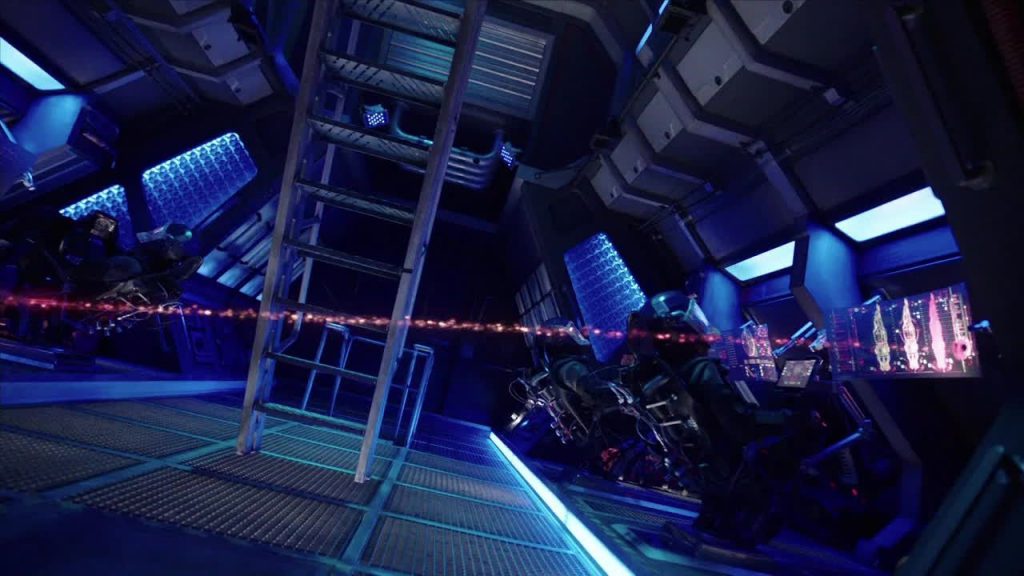 People becoming immortal in their new synthetic bodies has ramifications for regular human activities like murder, war and reproduction. Initially, murder would be far, far more serious since the person who is killed was never going to die without the intervention of another party. Their life was not “cut short” because it did not have a natural end. A life that was forever would become very precious. And then everything would change again. Scientific ingenuity means it would only be a matter of time before you could bank or store your consiousness and then restore it to a new body if you are killed. After all, if you can transfer something between two points then you can also store it (as they are doing with Data’s consiousness in the show and they suggest they planned to do with Maddox). Then you end up with a situation where life is worth nothing since you can start again at any time. Risks would have no real consequences. Within a relatively short period of time, as the science evolves, living creatures will have to change their understanding of “life” and “death” dramatically.

3) Going To War When You Can’t Die

On the topic of life and death, who would fight in a war, or be part of a mass murder we call “war”, if they were immortal? Why would you give your life? How could people be rallied to a cause when the price – a life forever – is now so high. Would you give up eternity? I always wondered this when the elves turned up to Helms Deep in Lord of the Rings. Giving up forever is a tremendous sacrifice and nobody would do that lightly. Then, following the murder example above, when you could bank your consciousness would war become too easy? This was touched on in Battlestar Galactice 2003 when the Cylons lost their Resurrection Ship, thus reducing their ability to fight without consequence and turning the overall battle in favour of the humans for the first time in the series.

4) Are You Born Synthetic Or Do You Become One?

There will be some serious ethical concerns around reproduction and children. When you have a baby when do they get their synthetic body? At birth? Does the body age or are they stuck as a baby? Would the world be full of 50 year old Baby Yodas waiting for their parents to get them new bodies (and maybe never doing that because a Baby Yoda is so goddam cute)? Is that a form of torture? If synthetic bodies are designed age to a certain point and stop, when would that point be? In Picard, Soji was “created” 3 years prior to the show so maybe we’ll just have a future full of 20-somethings who had no childhood. If those ethical questions are too hard and we just don’t have children, will we be prepared to lose the concept of family as we know it?

Piccard was given a 94 year old body so that he was “used to it” (and so they didn’t have to CGI him too much for series 2). They also said they built in something that would still kill him at about the expected age he was going to die anyway, but didn’t tell him when that was going to be. But that age of his death was now – he had an inoperable brain problem that killed him. Now. He wasn’t supposed to live any longer. Also, let’s consider synthetic body expiry dates. If you could build in an expiry date then would that be mis-used by corporations to extract a license fee (imagine Electronic Arts licensing your new body to you) or by the ruling class to make sure that the 1% of the universe gets to live forever while the rest of the population has finite lives, with associated reduction in ability to accumulate wealth and influence to challenge them? If that happens then the whole synthetic vs organic plot of Picard becomes about class structures and power instead of about bigotry.

The settlement was already working on a synthetic body to put a consciousness into. So why the hell was Data’s consciousness in a purgatory style world while there was a body nearby waiting for somebody’s mind to put into it? They might as well be torturing him by leaving him somewhere where he couldn’t do anything useful. No wonder he wanted to “die”. Picard even said he wished he gave his live instead of Data’s. Then when he had a chance to, he turned Data off and kept the synthetic body. 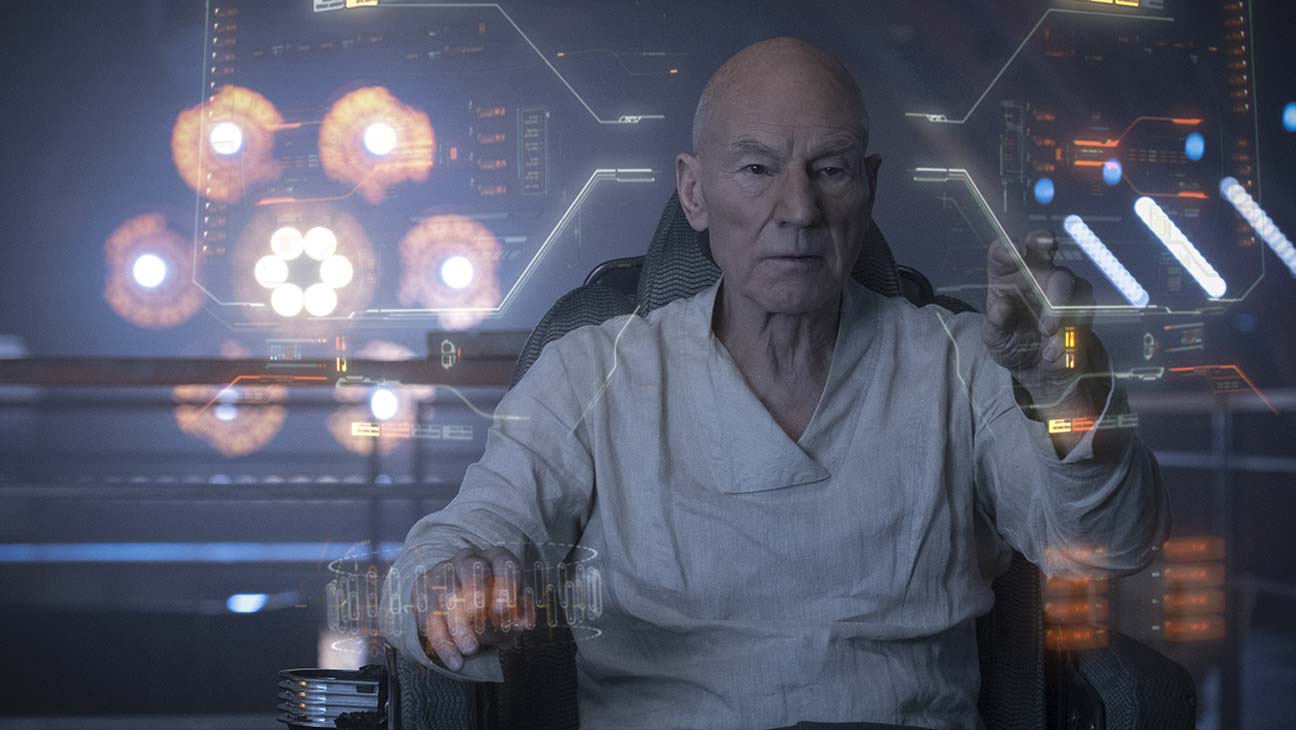 Then there were all the little things that annoyed me about Picard. The reactions in the series to events were generally over-done. Why do entertainment writers think everybody becomes a pathetic drunk the moment things don’t go right for them or they meet somebody they recognise from the past? Why were some things in the spaceship lying around the crew quarters, sitting on shelves, etc but when they did a maneuver in battle the characters had to “strap in” so they didn’t get thrown around? Srs the captain of the ship had a record player in his room. Those things don’t like somebody walking heavily in the same room but he’s got one on a spaceship. The skyhole with the worms was too similar to The Avengers and showed another lack of imagination, but that’s kind of the common theme here. The beacon to call the skyhole worms is still set up and several people know how to use it so the threat of everybody organic in the galaxy being destroyed never actually went away.

Picard wasn’t an awful series, but they should have let him die at the end instead of being lame and unimaginitive. Picard didn’t have to be about Jean Luc going forward. Series 2 could have been focused on Soji or Annika. This is in line with a discussion that Jason and I have had regularly in our podcasts – is it the world that is the story or is it the people in it? Star Trek is not afraid to have different, loosely connected stories and themes told in its rich universe so saving Jean Luc in the laziest science fiction way possible for season 2 was a disappointment.

Note: If you want to see a TV show where some of the questions around immortality are treated maturely, and at times bravely, then I recommend the absolutely wonderful Black Mirror episode San Junipero. If you enjoy good sci-fi then watch The Expanse before you watch Picard.

The post Why Star Trek Picard Was A Dissapointment [SPOILERS] first appeared on New Game Plus Blog.