A new console usually brings with it unfounded grandstanding, a lot of hypothetical scenarios but little on day-to-day life with this new box. And in a year where Microsoft’s big tentpoles, Gears of War and Halo, are still being developed and where the platform partnerships seem to be going Sony’s way, you’d think that this would be the Scorpio Power Hour. Yes, we got some of that and more mentions of 4K than pixels in a 4K monitor, but this year’s Xbox Briefing somehow had even more game announcements.

Starting with the showstopper, the Xbox One X (formerly Project Scorpio) is the previously advertised hyper-powered version of the Xbox One, featuring a 6 teraflop GPU, 12GB of GDDR5 graphic memory and a vapour cooler; this is all in a form factor that is smaller than the Xbox One S. Ultimately, this will result in 4K performance for new games and upgraded graphical performance for existing ones. For non 4K TV owners, the Xbox One X will supersample and scale down for 1080p televisions. 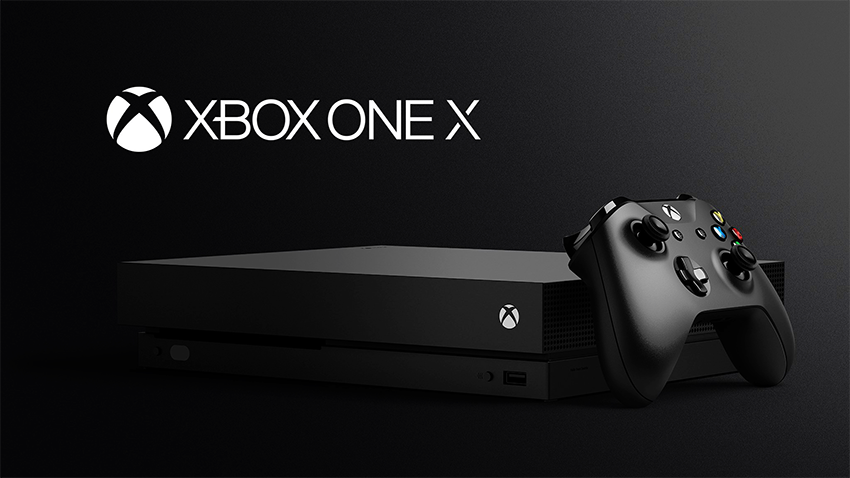 This is admirable, but it is retailing for $649 in a world where the Playstation 4 Pro has failed to justify its existence even at $529; odds are this will be even lower come the Xbox One X’s launch on 7 November. At least the console isn’t mandatory; Xbox One games will still function throughout the ‘Xbox One family’ of consoles, as will backwards compatibility for the original Xbox. On top of this, Microsoft is still proceeding with Windows 10 and the Play Anywhere initiative.

Taking advantage of this is the newly announced Forza Motorsport 7. Perhaps to distract us from the inevitably iterative nature of Forza Motorsport games, Microsoft had on stage the world premiere of the Porsche 911 GT2 RS, which will feature in the game alongside dynamic weather and puddles all at 4K and 60fps. Forza Motorsport 7 will be released on 3 October.

Making similar debuts on Microsoft’s stage were Metro Exodus, which appears to have a more open setting than previous Metro titles, and Assassin’s Creed: Origins. This time set in Ancient Egypt, AC Origins looks to have taken many lessons from Ghost Recon: Wildlands and The Division, featuring an eagle that can be used to tag enemies as well as heavier RPG elements — right down to a “LEVEL UP” prompt.

The Xbox is also catching up with the battle royale trend. Brendan Greene, who you may know better as Playerunknown, went on stage to announce that PlayerUnknown’s Battlegrounds is coming to Xbox One as a timed exclusive. Right alongside this was The Darwin Project, a much more cartoony take on the battle royale genre, right down to the “Chief Shoutcaster” used to commentate the action. Both games will appear to benefit from Mixer, Microsoft’s in-house streaming service.

Amongst blink-and-you’ll-miss-it trailers for Dragon Ball FighterZ (Dragon Ball meets Guilty Gear Xrd), Cuphead (which finally has a release date of 29 September), Black Desert Online, Tacoma and The Artful Escape of Francis Vendetti, we also got a quick look at Crackdown 3, introduced to us by a very bombastic and very enjoyable Terry Crews. Crackdown 3 will be released on 7 November; Microsoft hasn’t confirmed if it will come with a Halo 6 beta key for old time’s sake.

That trailer sat rather awkwardly between the indies of this year’s Xbox conference. Aside from the usual ID @ Xbox montage, we also received confirmation of Life is Strange: Before the Storm (a 3-part prequel to LiS which will come out starting from 31 August) and Ori and the Will of the Wisps, introduced with a live piano performance to reinforce the series’ beautiful earnestness.

Xbox may no longer house the Call of Duty announcement, but this year it made up for it by bringing Monolith Productions on stage to show off Middle-earth: Shadow of War. It will double down on the Nemesis System from the first game by allowing you to recruit orc leaders and set your army of orcs against another. Shadow of War will also deepen the characterisation of its orcs as shown with Brûz, a talkative orc from the Australian part of Mordor. Shadow of War will come out on 10 October.

After its debut back at E3 2015, we finally got a closer look at Rare’s next game Sea of Thieves. Back then, all we saw were the ship battles with little direction of what else would be on offer. The 9-minute trailer shown off today paints the game as Destiny with pirates, incorporating blunderbuss gunplay and co-operative treasure hunting; at least Rare has stepped back from the influencer-heavy delivery from last time.

Finally, after being teased yesterday at EA Play, we got our first look at Bioware’s new game Anthem. I say new, but Anthem’s inspirations are plain for all to see. Donning exosuits similar to Warframe, you and a party of players will go on quests not dissimilar to Destiny battling beasts borrowed from Xenoblade Chronicles X and giant robots that wouldn’t be out of place in Horizon: Zero Dawn. Even the awkward player banter is lifted from Ubisoft’s presentations.

Having said that, this is only a small sample of what Anthem could offer. We’ve yet to see the game’s other gameplay beats or anything of that famous Bioware lore. And as we’ve learned with games like Dead Cells, a game can still be stellar if it incorporates its source material intelligently. We will find out much more about Anthem prior to its 2018 release.

It’s ultimately unsurprising that the Xbox One X itself took up so little of this event; $649 is a very expensive proposition for a half-step console, and it’s a case that even Microsoft isn’t particularly interested in pushing. It’s learned from the original Xbox One announcement that you can’t hang your hat on the box, that you have to focus on the games; and despite the absence of the tentpoles, with games like Metro Exodus, Anthem and the Ori sequel, Microsoft at least delivered.